Anonymously report anything that concerns or threatens you, your friends, your family or your community.

We've also given back, worked with or contributed to the following causes/non profits:

Our Public Lands are one of the most important causes to Colorado 4x4 Girls. 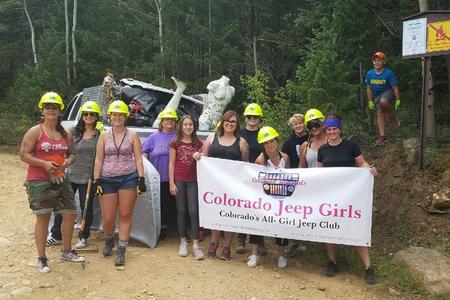 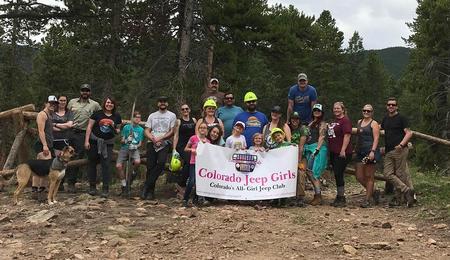 One of our most important efforts is raising awareness for suicide.  We continue working with non profits, teens, adults and the community to raise awareness for the ever-growing and devastating epidemic of suicide.

We are trying to make advances in people's lives and give back to those who work directly with those needing help to raise more awareness for suicide. We put on events, primarily our Be Heard! Off Road Show, to bring 4x4 enthusiasts together, while providing materials and information to help spread the word about suicide prevention and awareness. We have some really incredible sponsors who help us with our efforts raising money for non profits related to this cause.

-Males are FOUR times more likely than females to complete suicide.
-The ratio of suicide attempts to suicide death in youth is estimated to be about 25:1, compared to about 4:1 in the elderly.

-Suicide is the third leading cause of death among young people, resulting in about 4,400 deaths per year, according to the CDC. For every suicide among young people, there are at least 100 suicide attempts.
-On average, almost 3000 people commit suicide every day. Every 30 seconds, the loss of a person who killed themselves shatters the lives of family and friends​.
-Suicide costs the US $69 Billion annually
-Many suicide attempts, however, go unreported or untreated. Surveys suggest that at least one million people in the U.S. each year engage in intentionally inflicted self-harm.
​-Females ATTEMPT suicide twice as often as males.
​
​Warning Signs of Suicide
If someone you know is showing one or more of the following behaviors, he or she may be thinking about suicide. Don’t ignore these warning signs. Get help immediately.

Suicide Awareness and Prevention is important to us.

Colorado 4x4 Girls currently has four trail adoptions in Clear Creek County. We started working with the Adopt-A-Road program in 2018,and have continued to do our part in keeping trails open. We do a total of four club organized cleanups during the months of June, July, August and September. We invite the public to come out and help us in these efforts!

We have over 2000 volunteer hours on just our adopted trails, but do many more hours helping other clubs and organizations around the state with trail maintenance and clean up.

"To preserve, protect and help with the upkeep of our public lands, while creating an environment for women to network, connect, learn and thrive within a community of other female 4x4 enthusiasts." 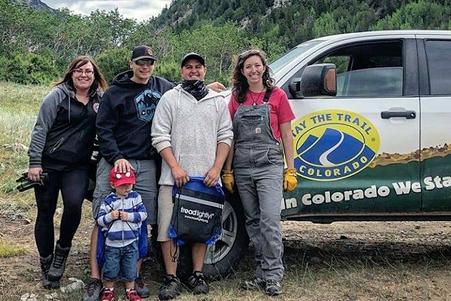